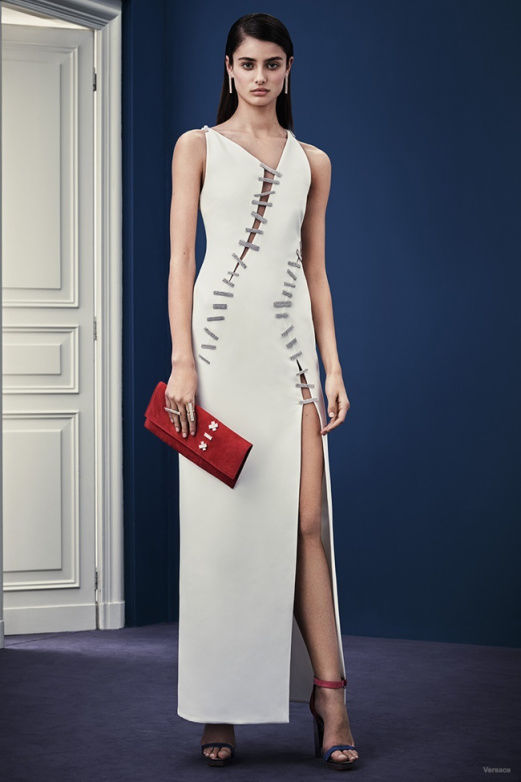 Jordy E — December 19, 2014 — Fashion
References: versace & style
Share on Facebook Share on Twitter Share on LinkedIn Share on Pinterest
The Versace Pre-Fall 2015 collection has made its official debut. In many of the pieces released by the couture line, fabrics are literally ripped apart and pieced back together with the help of bandage-like material, allowing for chic cut-outs to stand out amid the sleek collection.

While a range of shades are displayed, this line primarily sticks to blue, red, black and white palettes. This furthers the crisp, athletic appeal that is present throughout as many of the pieces appear appropriate for sporting wear.