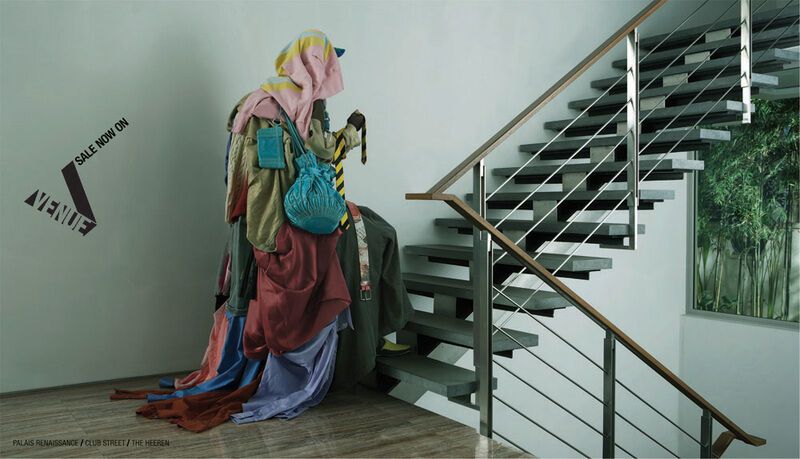 Bianca — March 29, 2008 — Unique
References: adsoftheworld
Share on Facebook Share on Twitter Share on LinkedIn Share on Pinterest
At first, these images look like a scene from a horror movie. My first thought was that these photos were of some crazy Disney witch come to life, like those from Snow White or Beauty and the Beast. But then I took a closer look and realized they were of a modern day woman, likely even an attractive one, draped in the latest fashion.

The ad is for a sale at Venue, and it's actually quite clever. The "Sale Now On" ad implies the deals will be so tremendous, people won't be able to resist loading up on dresses, jackets, belts, jewelry and bags.

The campaign was shot in three locations: in a stairwell, parking garage and back at the home, still draped in the clothes while seated on a chair.
2.8
Score
Popularity
Activity
Freshness
Get Trend Hunter Dashboard