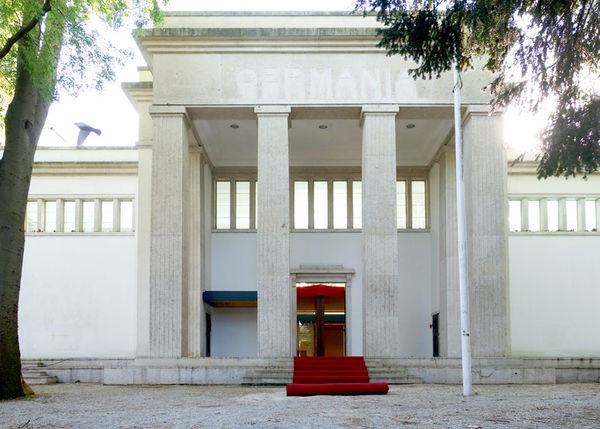 Vasiliki Marapas — June 5, 2014 — Art & Design
References: ciriacidislehnerer & dezeen
German architects Alex Lehnerer and Savva Ciriacidis have reconstructed a full-size partial replica of the Chancellor's Bungalow, a building made famous through years of political news coverage from the west German media, for the Venice Architecture Biennale 2014. The home to the German chancellor was originally designed by Sep Ruf in 1964.

The duo's replica is named 'Bungalow Germania,' and aims to capture the spirit of the politically relevant building. The vibe is contrasted with the architecture of the German pavilion, influenced by the Reich. The architects explain, "In Venice, we want to bring together the overlapping narrative strands of the nation and the architecture it has produced over the past century."

The pair sought to initiate a conversation between two opposing political buildings. They use architecture as a means to weave a historical narrative with the power to connect moments, places and spaces to each other.
0.6
Score
Popularity
Activity
Freshness