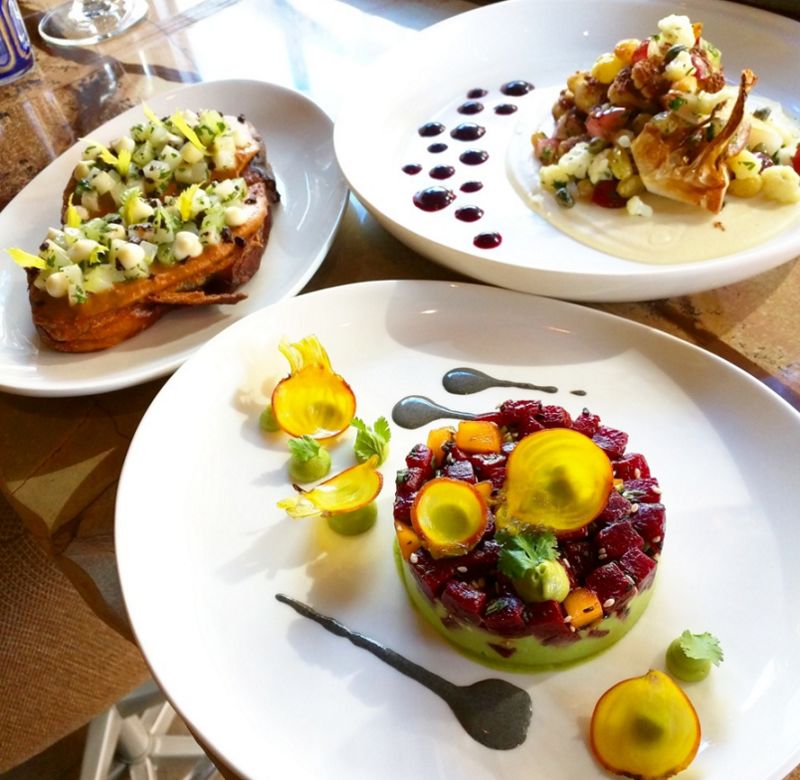 Katherine Pendrill — January 28, 2016 — Lifestyle
References: avantgardennyc & nycgo
Share on Facebook Share on Twitter Share on LinkedIn Share on Pinterest
'Avant Garden' is a new restaurant that specializes in high-end vegan dining. While plant-based eateries are nothing new, many of these establishments try to mimic the dishes offered at more mainstream restaurants. Instead of trying to recreate the taste of meat and other animal-derived ingredients, this restaurant showcases plant-based ingredients as they are.

Avant Garden is located in Manhattan's East Village in a space that only has room for 28 diners at a time. The kitchen counter is positioned as a focal point, allowing patrons to mingle with the cooks and watch the preparation of their food. Unlike other restaurants, Avant Garden makes no effort to mimic the taste of meat. Instead, chef Andrew D'Ambrosi presents vegetables, fruits, grains and other plant-based ingredients in creative and beautiful ways.

The restaurant caters to a growing number of consumers who are interested in vegan dining and plant-based cuisine.
4.8
Score
Popularity
Activity
Freshness
Get Trend Hunter Dashboard

Vegan Grain Burgers
Burgerlords' Vegan Burger is Made with Eggplant, Mushrooms and Grains