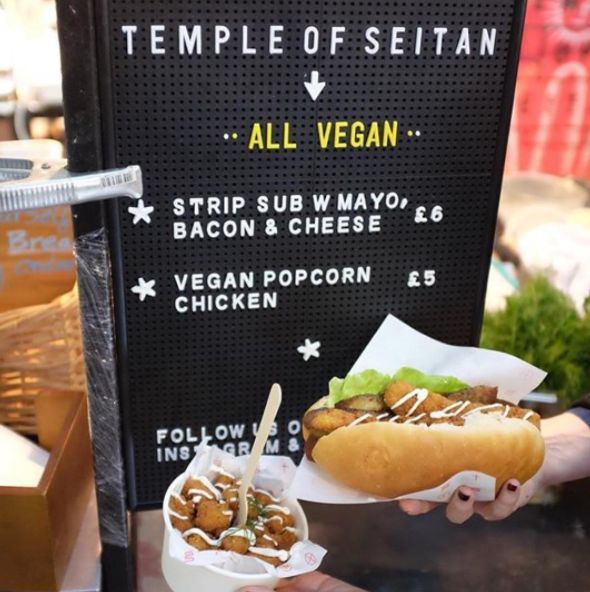 The 'Temple of Seitan' is a Destination for Vegan Chicken Alternatives

Seitan is a popular meat substitute that is sometimes called wheat gluten or "gluten meat," as it is made of the main protein portion of wheat. At The Temple of Seitan, this vegan chicken alternative is mixed with soy and seasonings to form a convincing, cruelty-free version of fried chicken.

Some of the dishes made with seitan that can be ordered at the restaurant include vegan macaroni and cheese with "bacon" bits, the Temple Burger, wings, as well as popcorn-style mock chicken bites. Restaurant co-founder Rebecca McGuinness says: "We think it’s important as there is a common misconception that vegans hate the taste of animal products, but this isn’t true. The majority of us go vegan not because we hate the taste of meat, but because we see the important ethical, environmental and health reasons for doing so."
1.4
Score
Popularity
Activity
Freshness
View Innovation Webinars