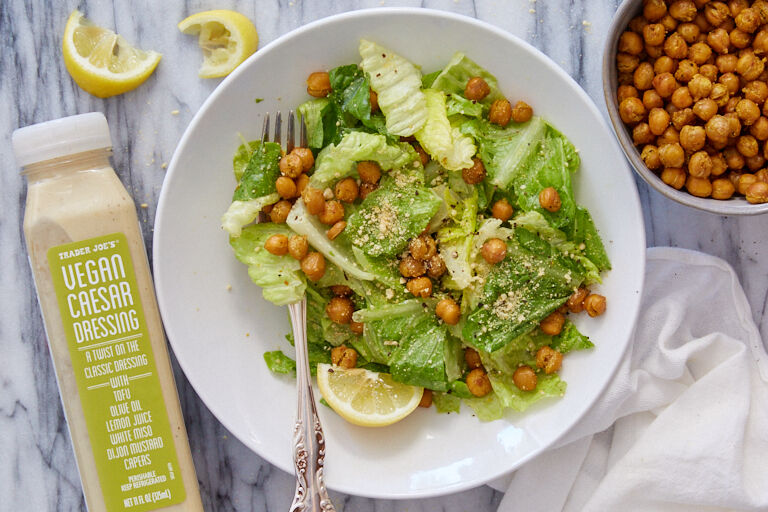 Since the mid-20th century, caesar salads have been a restaurant (and at-home) staple. However, the savory, peppery dressing used in the salad has always been dairy-based. Now Trader Joe's has created a plant-based version for customers who are vegan. Trader Joe's Vegan Caesar Dressing is a dairy-free take on the popular dressing that's made from a blend of tofu, capers, mustard, and miso. These ingredients create a savory and creamy mixture that tastes just like caesar salad dressing, but with none of the animal products.

Though Trader Joe’s Vegan Caesar Dressing obviously makes a great salad topper, the dressing can also be used as a dip or a creamy sandwich spread.