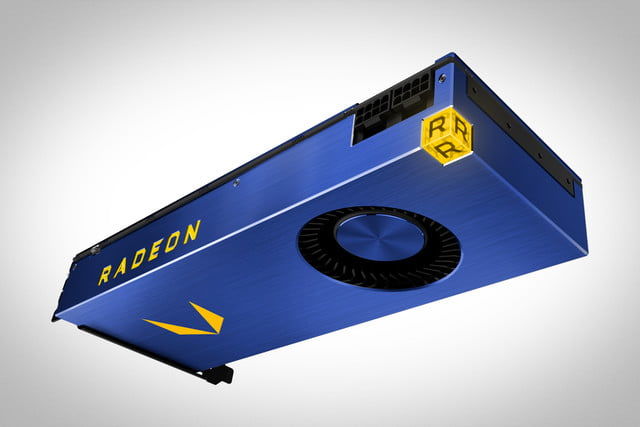 The Radeon Vega Frontier Edition is a High-End Graphics Processor

Joey Haar — June 16, 2017 — Tech
References: digitaltrends
Share on Facebook Share on Twitter Share on LinkedIn Share on Pinterest
It doesn't take a particularly astute individual to recognize the importance of powerful computers in modern society, but it certainly takes a smart cookie to fully comprehend the power behind a computer card like the Radeon Vega Frontier Edition. The GPU, which has recently been announced by Radeon, promises to compete with most of the high-end cards currently available, and it has the price tag to match.

In terms of specs, the Vega Frontier Edition is expected to heft an impressive 13 TFlops of power — an entire TFlop more than one of its competitors, the Nvidia Geforce GTX Titan Xp (Nvidia's fatest GPU.)

To be sure, that degree of power comes at a high price. The Vega Frontier Edition will likely cost $1,200 for the air-cooled model, while the liquid-cooled model will be priced at $1,800.
2.5
Score
Popularity
Activity
Freshness
View Innovation Webinars