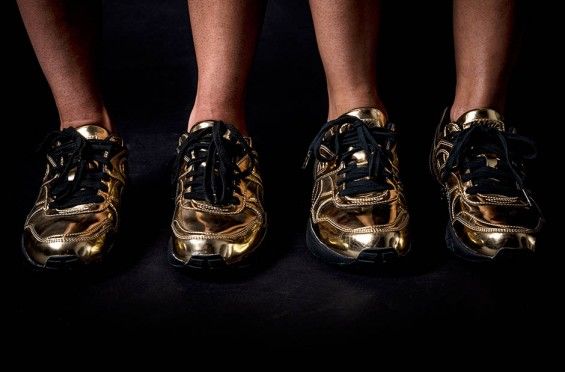 Both glamorous and tough, the update on the sporty shoe reflects the DJ/promoter/artist/director/model's unique street style. The Puma R698 was originally released in the 80s as a runner. With its chunky, protective sole and lightweight body, the R698 is usually styled as an athletic shoe. But thanks to the Vashtie Puma collaboration, the R698 is finally coming into its own as an essential element of modern streetwear. The new gold edition takes it a step further, making the sneaker sleek, stylish and glamorous.

The Vashtie Puma pairing is a bold choice -- while other sneaker brands seek out collaborations with star athletes or pop icons, Puma has chosen to demonstrate that its brand is artistic, tasteful and avant-garde in a more understated way with the Vashtie Puma collaboration.
4.2
Score
Popularity
Activity
Freshness
Get the 2021 Trend Report FREE