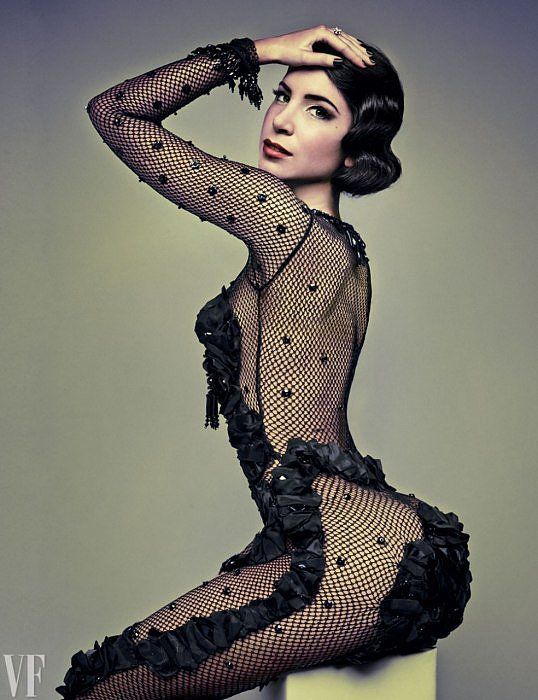 Meghan Young — March 14, 2014 — Fashion
References: vanityfair & popsugar
Share on Facebook Share on Twitter Share on LinkedIn Share on Pinterest
The Vanity Fair April 2014 editorial has just glamorized the 'belfie.' For those unfamiliar with the term, it refers to a 'bottom selfie,' which is a photographic self-portrait featuring the buttocks. It stars belfie queen and Instagram It-girl Jen Selter, who on her journey to becoming fit and healthy developed quite the physical assets (pun intended).

Titled 'Rear Admirable,' the Vanity Fair April 2014 editorial was shot by photographer Ruven Afanador in Brooklyn, New York. Clad in provocative yet elegant outfits, she strikes her signature 'seltering' poses in which she poses on her hands and feet and sticks her shapely butt in the air. Alex Beggs writes, "When fans recognize her #seltering[...] on park benches and subway stairways, they tell her she’s inspired them to go to the gym that day. And for that, it’s all worth it."
6.7
Score
Popularity
Activity
Freshness
Get Better and Faster