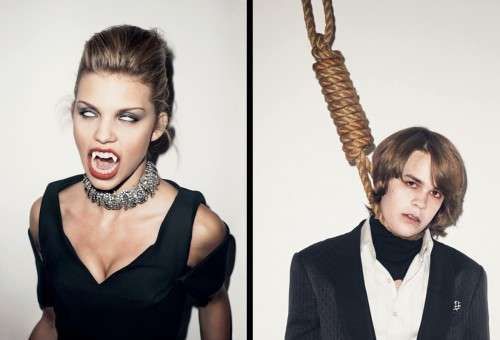 In order to quench my vampirish thirst, I have turned to photographer Terry Richardson, who did this editorial in the November 2008 issue of Interview magazine.

Vampiretography
‘Eternal' by Olivier Shows Vampires Like Hairstyling Too

Vampire-Inspired Editorials
‘Against The Wall' in German FHM Collections