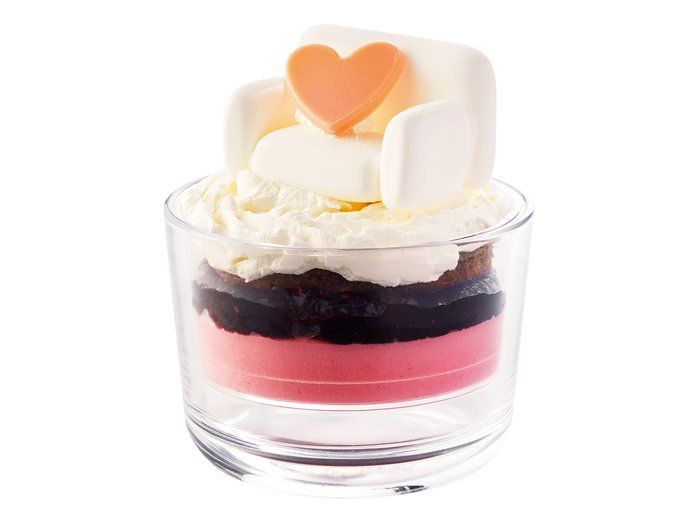 The four-layered dessert was dreamed up as part of a contest from the furniture brand, which beat out hundreds of other submissions. The festive parfait snack is made from a combination of raspberry mousse, blueberry jam, a piece of brownie and meringue, as well as an edible couch-shaped topping.

The Love on Sofa parfait is part of a larger collection of desserts from IKEA that also includes a soufflé roll cake, mousse and a cheesecake, all of which support ACE (Action against Child Exploitation) Japan and its efforts to end child labor.