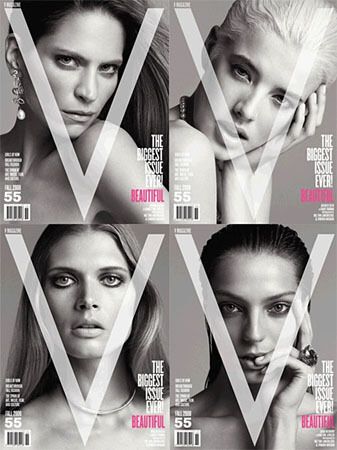 The black and white cover shots feature various models considered the big faces of the fashion industry today, from the "original supermodels" like Naomi Campbell and Christy Turlington to newer faces including Agyness Deyn and Daria Werbowy.

"Supermodels are our celebrities, so we've given the covers to a whole range of models," said editor-in-chief of V, Stephen Gan.

While multiple covers are nothing new, not even for V Magazine, this is the first time we've seen the exact same magazine printed with over a dozen different covers. Collectors who want them all are going to be spending some big bucks this month!
3.8
Score
Popularity
Activity
Freshness
Get the 2021 Trend Report FREE