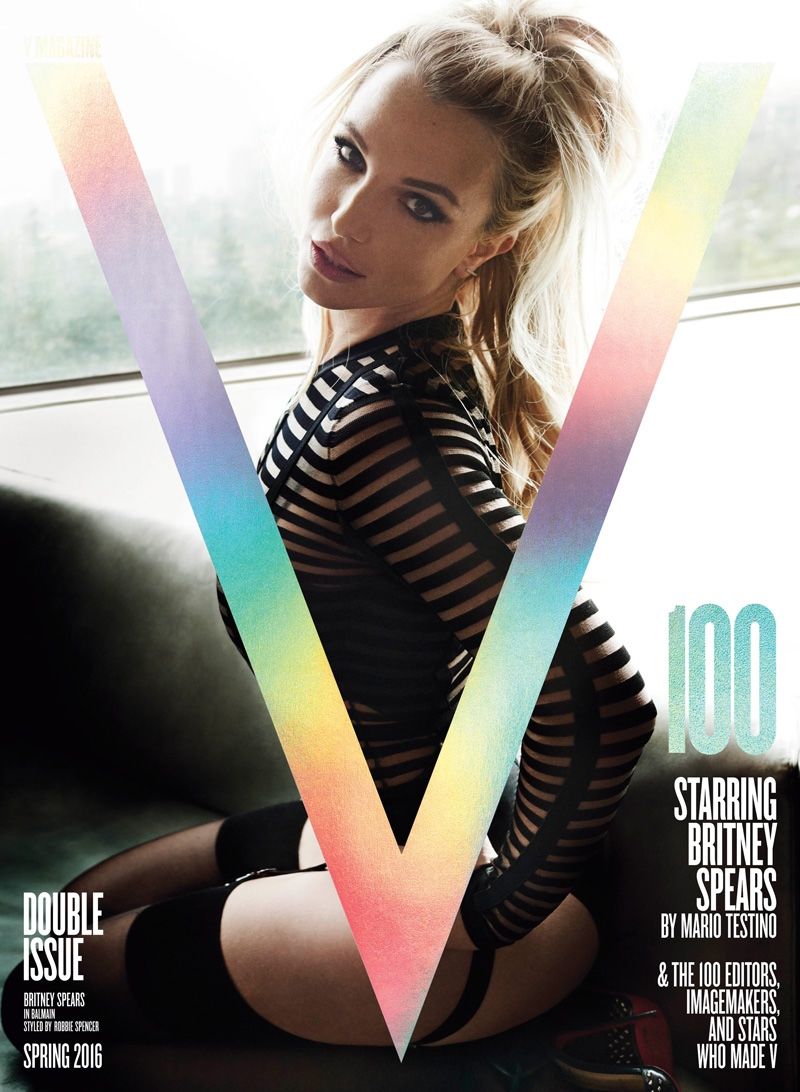 The V Magazine 100 Issue is Covered by Britney Spears

Meghan Young — March 3, 2016 — Fashion
References: vmagazineshop & fashiongonerogue
Share on Facebook Share on Twitter Share on LinkedIn Share on Pinterest
Britney Spears is clearly still on top of her game having landed the cover of the V Magazine 100 issue. Celebrating a major milestone, they wouldn't have put had just anyone on it. Bringing her usual sensual flare to set, the pop icon is clad in a lot of leather and lace, which is something men will appreciate on their own version of Valentine's Day this month.

Shot by famed photographer Mario Testino, the V Magazine 100 cover comes in three different versions. Clad in pieces from the likes of Louis Vuitton, Balmain and Philipp Plein, Spears tells the magazine, “Whoever is in the spotlight, people are really quick to judge. I mean, there are a lot of kids coming up who’ve experienced that." With her ninth studio album almost out, she knows what she's talking about.
6.3
Score
Popularity
Activity
Freshness
Attend Future Festival