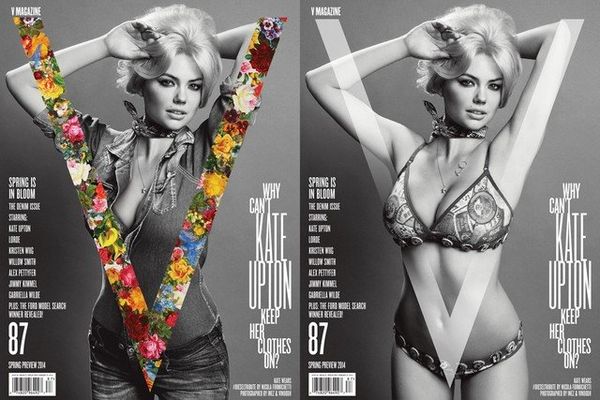 Meghan Young — January 10, 2014 — Fashion
References: vmagazine & fashiongonerogue
The V Magazie Spring Preview 2014 issue essentially gives people a two-for-one deal, at least where the cover is concerned. Although upon purchase model Kate Upton is clad in a denim bodysuit by Diesel, there is a special acetate pull-back feature that might not have been initially detected. Once pulled back, the busty buxom babe is immediately disrobed, wearing only a sexy bikini.

Shot by photographer duo Inez van Lamsweerde and Vinoodh Matadin, the V Magazie Spring Preview 2014 magazine cover was styled by Nicola Formichetti. The playfully seductive cover rings in an exciting year from the American beauty. Fresh off of last year’s Vanity Fair and Vogue covers, it comes before her acting debut in 'The Other Woman'.
5.4
Score
Popularity
Activity
Freshness