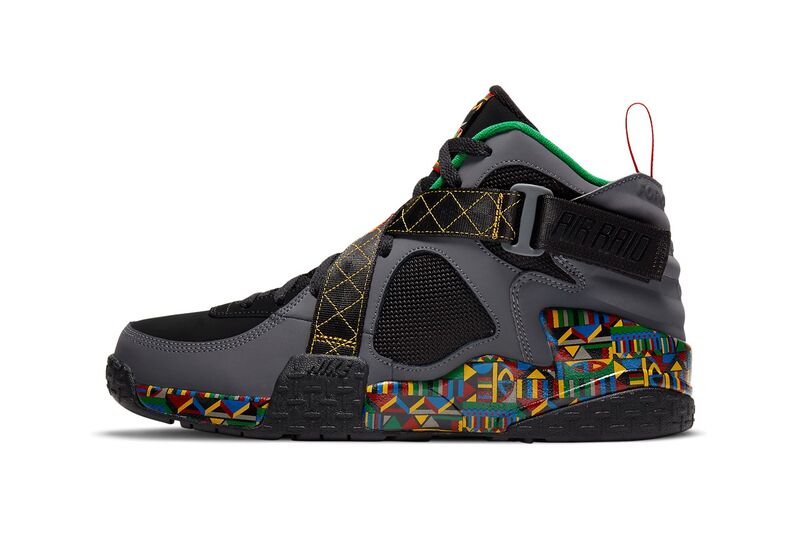 Amy Duong — November 23, 2020 — Lifestyle
References: anrdoezrs.net & hypebeast
Share on Facebook Share on Twitter Share on LinkedIn Share on Pinterest
Nike unveils the Air Raid sneaker model in a new color that goes by the name Urban Jungle Gym. This was originally released back in 1993 as a part of the Live Together, Play Together campaign with Spike Lee. The concept that Urban Jungle Gym embodies is a sense of unity, love, and peace in the game of basketball.

The palette is complete with rich hues throughout. The base layer at the upper is made with black and dark gray before it is overlayed with some contrasting accents. The colorful details can be seen throughout the midsole in a pattern that intricately mixes up the colors green, blue, red, yellow, black, and gray for a playful look.