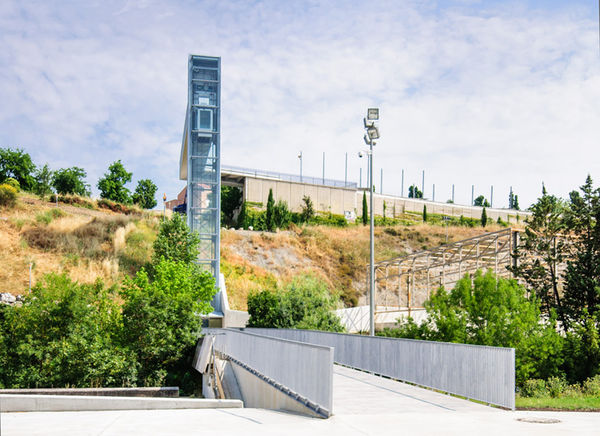 The Urban Elevator by Ah Asociados Brings People Together

The development was done due to concern of the potential problems that can arise when communities are separated. Research examined "various areas of historical accessibility and urban integration problems," according to DesignBoom, and the Urban Elevator was the result.

The design is extremely modern, with a transparent finish connecting one footbridge to the next. It's quite a simple concept, however because it's placed in an area with so much green space, the design does look out of place. At least now there will be no difficulty commuting from one community to the next.