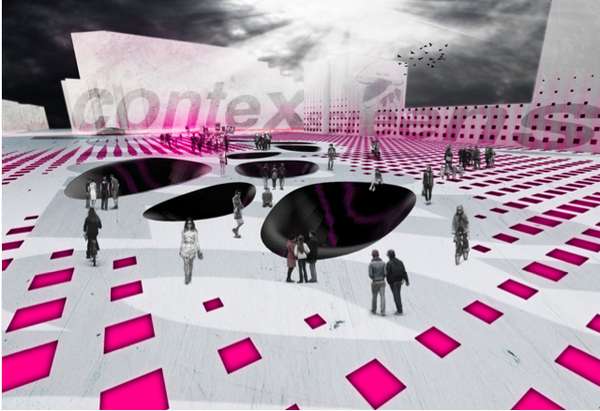 Amelia Roblin — July 27, 2012 — Art & Design
References: adamonulov & suckerpunchdaily
Designer Adam Onulov argues that, in many ways, the public has become indifferent to its surroundings and perfectly impartial to the evolution of infrastructure from the "residue of commercial culture." His project, Urban (de)resolution, strives to make contemporary architecture into something more stimulating that will reignite the fire inside of a sleepy society.

The proposal here is actually to accept and celebrate the way that consumerism has shaped and is shaped by modern mankind. Tactile and visually stimulating elements are incorporated into the interior and the exterior of such a structure, compelling people to open up consciously to their surroundings. An egg-shaped theater and a gallery would be housed in Urban (de)resolution as attractions that intend to further challenge sluggish minds. Both formally and functionally, this concept sets out to excite.
1.7
Score
Popularity
Activity
Freshness