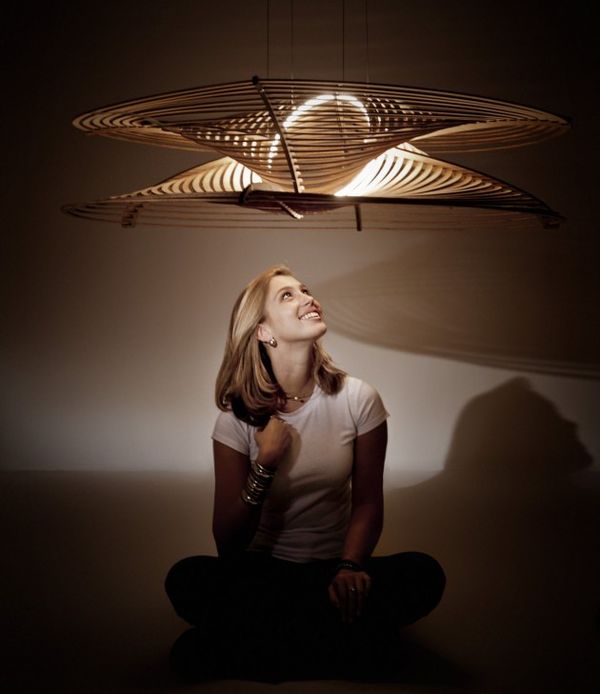 UnSolid by Mauro Del Santo is the Result of Mathematical Equations

Meghan Young — December 12, 2013 — Art & Design
References: un-solid.tumblr & contemporist
Share on Facebook Share on Twitter Share on LinkedIn Share on Pinterest
The ceiling light and wall partition that make up UnSolid by Mauro Del Santo, an industrial designer based in Rome, Italy, are visually striking. Both of them follow a slatted sort of design in which they are not completely, well, solid, hence the collection's name. Yet they aren't rigid either. Instead, the pieces adhere to a fluid form that gives them a beautiful sculptural appeal.

UnSolid by Mauro Del Santo was recently presented at the Rome Maker Faire. The designs embraced mathematical computations and innovative wood manufacturing technologies. According to the designer, "Among major achievements a fast and economical technique of woodworking has been developed to build complex surfaces of large size.[...] An important result has been also achieved by the experimentations on computational processing for the development of outstanding morphologies."
2.2
Score
Popularity
Activity
Freshness
View Innovation Webinars

Sleek Auto-Inspired Armchairs
Luft by Audi is Lightweight and Comfortable