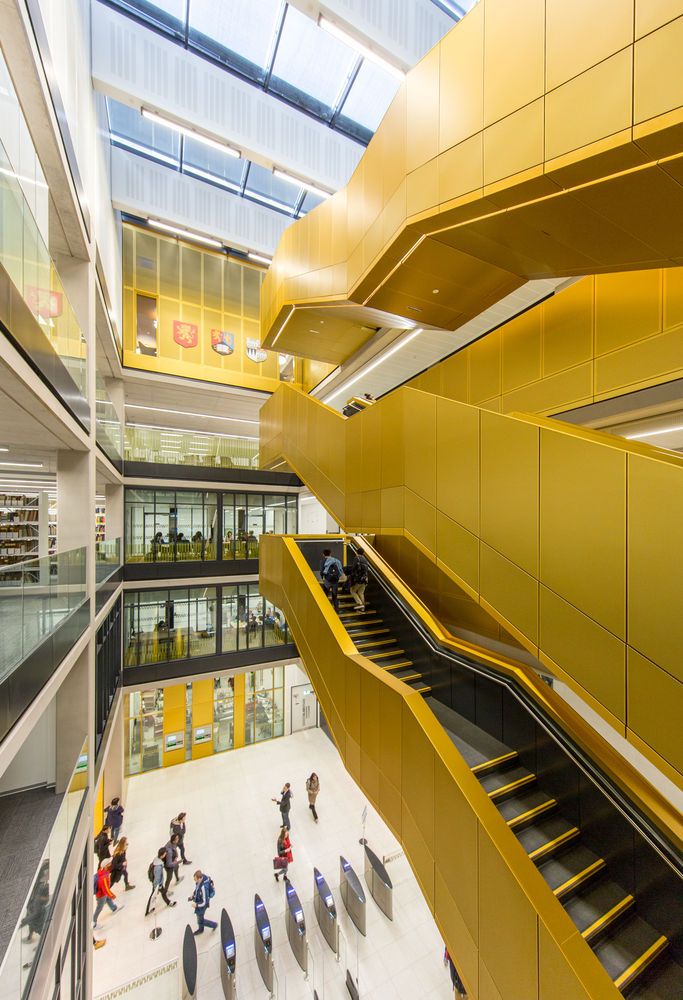 The University of Birmingham's Library is by Associated Architect

Joey Haar — April 14, 2017 — Art & Design
References: archdaily
Share on Facebook Share on Twitter Share on LinkedIn Share on Pinterest
The University of Birmingham recently built a new library on campus, which was designed by Associated Architects (a UK-based firm.) Though the entirety of the University of Birmingham library building is attractive and modern, befitting of the students who pass through it, its most striking aspect is almost certainly its central staircase.

To call the University of Birmingham library's central staircase "central" is to speak quite literally. That's because, when viewed from one of the balconies that encircle the atrium of the building, the staircase appears as though it hovers in the middle of the air. That, coupled with the bright yellow gold metal that covers the facade of the staircase (the same metal is also used on the exterior of the building,) contributes to an impressive effect.
0.6
Score
Popularity
Activity
Freshness
Get the 2021 Trend Report FREE