Unicycles You Sit Inside 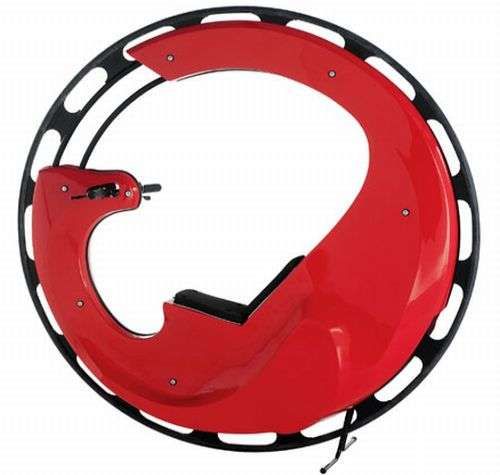 lourdes sanchez bayas — March 21, 2008 — Autos
References: bornrich.org
Share on Facebook Share on Twitter Share on LinkedIn Share on Pinterest
A monowheel is a one-wheeled vehicle similar to a unicycle. However, instead of sitting above the wheel, the rider sits either within it or next to it. The wheel is a ring, usually driven by smaller wheels pressing against its inner rim. Most are single-passenger vehicles, though multi-passenger models have been built.

Monocycle pedal-powered monowheels were built in the late 19th century; most built in the 20th century have been motorized like the Motorized Monocycle. Today, monowheels are generally built and used for fun and entertainment purposes, though from the 1860s through to the 1930s, they were proposed for use as serious transportation.

The Motorized Monocycle can run for over 2 hours on half a gallon of gasoline at a top speed of 25 mph. The single-wheeled Monocycle can be had for the price of $12,999.95.

Alpine Fabric Sprays
Febreze's 2023 Scent of the Year is Mountain