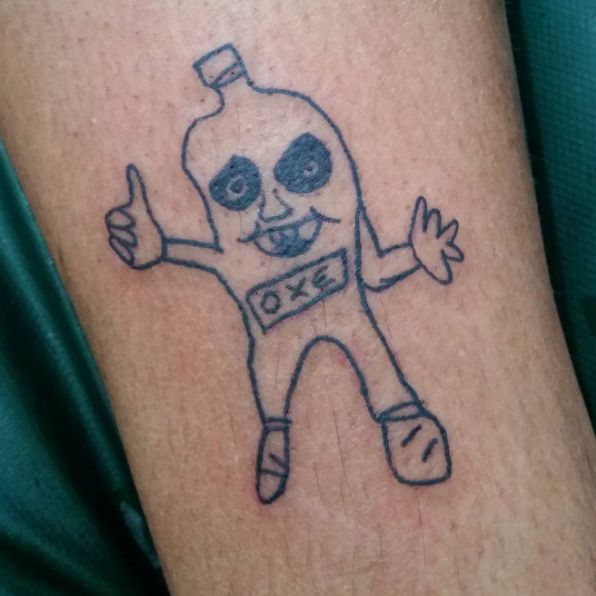 Her work consists of simplistic, child-like and off-color drawings. Some of her pieces include stylized images of Wonder Woman, Rick and Morty and Batman. To some, the art may seem unfinished, but her 16,000 Instagram followers and her Facebook page that's filled with five-star reviews suggest otherwise. Her work is quirky, pop culture-focused, and irreverent -- some even say they look like cave paintings. These qualities draw consumers in by rejecting traditional social norms.

The style began with French artist FUZI UVTPK and has gained popularity in Millennial counter-culture movements. The genre is known as "ignorant style tattoos." Those who choose to get inked with ugly tattoos do so because of their quirky designs that feel almost liberating in their carelessness.
6.7
Score
Popularity
Activity
Freshness
Get the 2021 Trend Report FREE