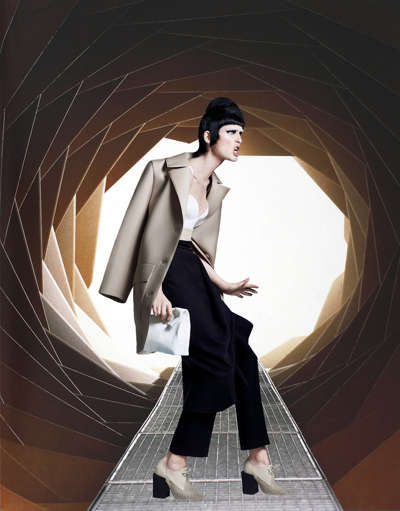 Meghan Young — April 24, 2013 — Pop Culture
References: ubicouture.tumblr & trendland
Ubicouture by Christos Mouchas, a young creative hailing from Greece, is a Tumblr site that puts art into fashion. Although many fashion designs are inspired by classic and famous works of art, in this case they coincide together for images that are so well-executed, it will take a moment to realized that one is superimposed on top of another.

Referencing the oeuvre of such artists as Steven Meisel, Edward Hopper, Egon Schiele and Francis Bacon, Ubicouture by Christos Mouchas takes their paintings to create stunning backdrops for catwalk models. Giving each component a new context, the Tumblr site itself is a work of art.

Making waves across the Internet, Ubicouture by Christos Mouchas shows people, fashionistas or not, how connected these two worlds really are. Overall, the images will prove very inspiring.
2.7
Score
Popularity
Activity
Freshness