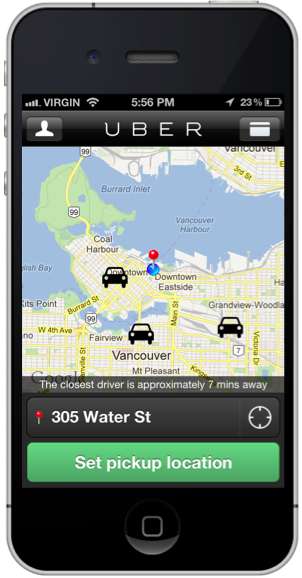 The Uber Technologies Driver Fetches a Ride from Your Smartphone

Jennifer Gosnell — June 28, 2012 — Autos
References: blog.uber & news.nationalpost
Share on Facebook Share on Twitter Share on LinkedIn Share on Pinterest
Using Tony Hawk as its test driver during its 'Super Secret Stealth Test Mode' time period, Uber Technologies Driver services made the rounds around the world before launching its Taxi arranging app, which is now launched and available in many cities, including Toronto.

Admittedly aimed at the wealthy, the Uber Technologies Driver app is more expensive than a normal taxi ride would be, but if you are purely looking for convenience, nothing beats it. All that has to be done to have this convenient service is downloading its app, scheduling when and where you want to be picked up and waiting.

For the Toronto service, the National Post reports that for a regularly $19 taxi ride, you're looking at $25 to give some expense perspective.
2.9
Score
Popularity
Activity
Freshness
Attend Future Festival