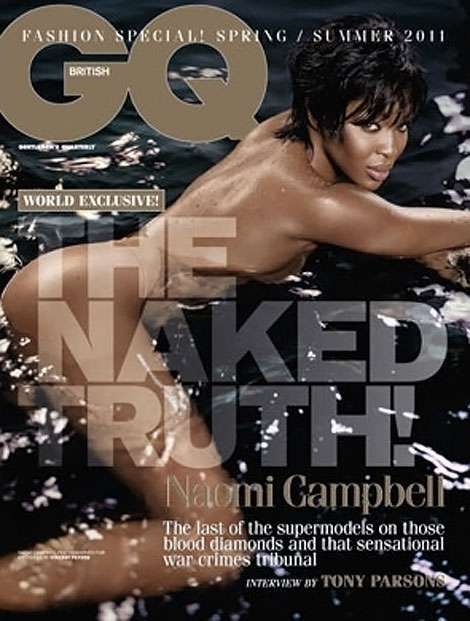 On the risque GQ Magazine 2011 UK cover, a sensuous and sinuous Naomi Campbell is captured in the nude on the side, seemingly floating in a background of water. In the magazine, the 40 year old uber model talks about her past cocaine use among other hot topics.The magazine is due out February the 3rd in the UK.