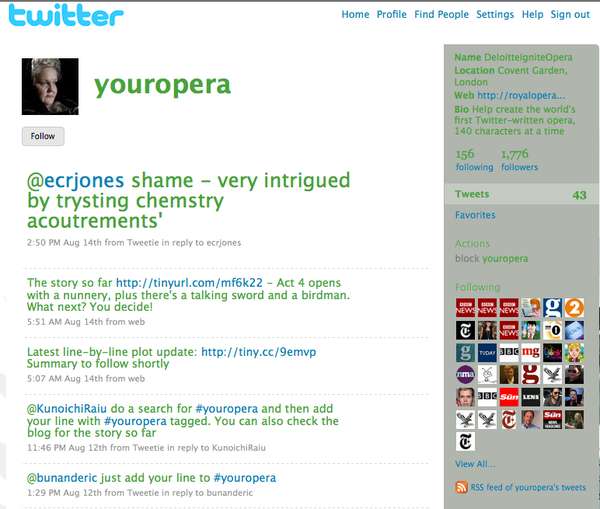 The Royal Opera House has begun soliciting tweets for lines via @youropera and posting updates to the Twitter opera’s storyline as it stands at their blog. So far, Mashable says that hundreds of people have already submitted lines for the Twitter opera. What a great use of social networking to drive interest in the opera!
1.1
Score
Popularity
Activity
Freshness
Access Advisory Services