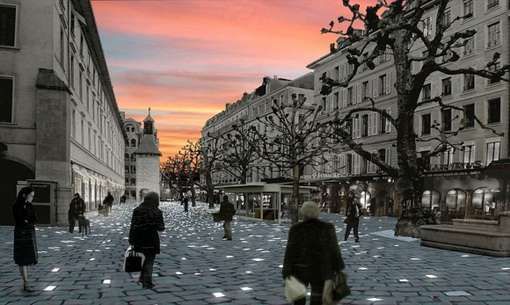 "As the sun begins to set, the LEDs begin to shine, giving the square a magical aura," MediaArchitecture explains.
"When the Place du Molard was renovated, it was paved with cobble stones, identical to those which one already finds in the city center. Two thousand resin paving stones have been set in between, covering half a percent of the surface of the place."

The twinkling walkway was designed to be a reflection of Lake Geneva, mimicking the soothing sparkles that glisten on the surface of the lake, reflecting both the dazzling Swiss city lights and stars above on crystal clear nights.