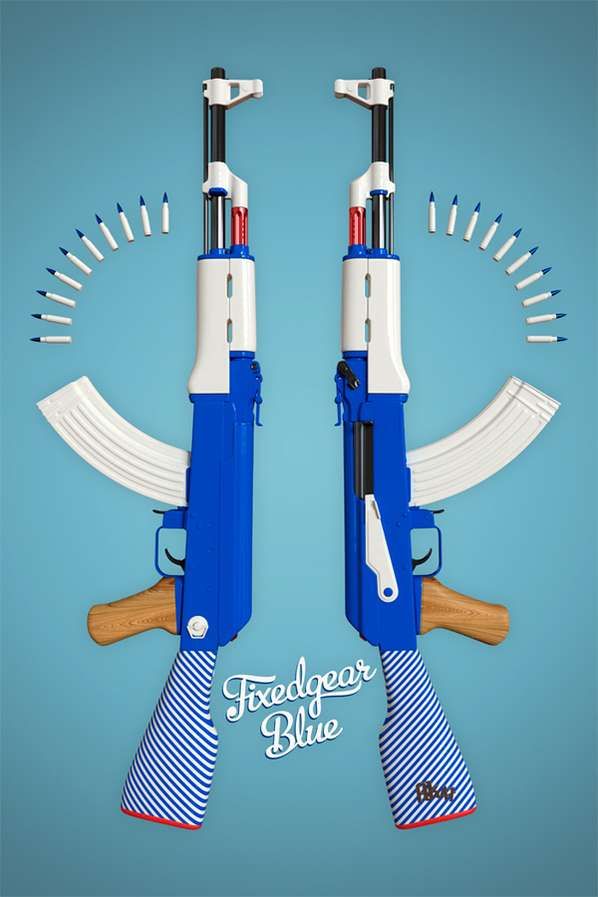 It's one thing to fabricate some cute cartoon character; it's quite another to make one of the world's most lethal and fearsome weapons of war seem whimsical, and this is exactly what Alburquerque and Nunes did with their most recent work titled simply, 'AK47.'

The AK47 has been used in countless conflicts around the world since its creation, dealing death and destruction wherever it has been used. Yet looking at the designs featured here, the guns seem more like children's toys than weapons.
5.5
Score
Popularity
Activity
Freshness
Access Advisory Services