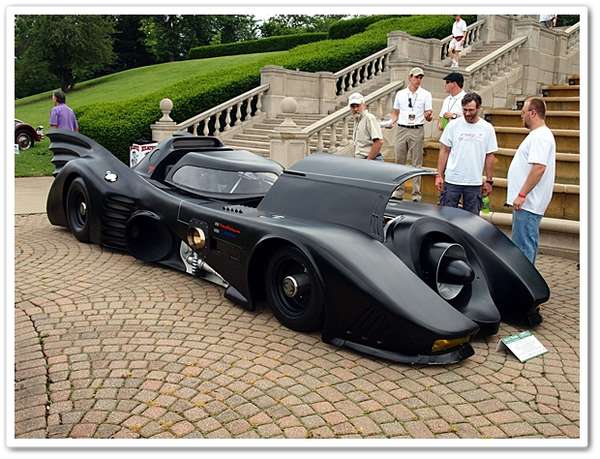 Marie C. Hudson — July 15, 2011 — Autos
References: putschracing & gizmodo
Share on Facebook Share on Twitter Share on LinkedIn Share on Pinterest
Casey Putsch's dreams of a turbine engine-powered Batmobile have finally come true. The supercharged machine was built for speed using a Military Boeing turboshaft helicopter engine once belonging to the US Navy. Created to replicate the Batmobile featured in the 1989 Tim Burton film, this badass speed demon also includes an iPad built in to the dashboard. The fully street- and race-ready vehicle built by Putsch Racing is backed by 365hp and is 20-feet long, making it a definite showstopper at car expos and on the road.

The turbine engine-powered Batmobile is a labor of love by Casey Putsch. Putsch grew up admiring the superhero vehicle, and is now pursuing a professional racing career. “I think most every kid liked Batman, and having grown up in the generation that saw the 1989 film as a child, I always loved the Batmobile," explains Putsch.

Whether on the racetrack or city streets, the turbine engine-powered Batmobile will surely have superhero fans doing more than just batting an eye.
4.6
Score
Popularity
Activity
Freshness
View Innovation Webinars