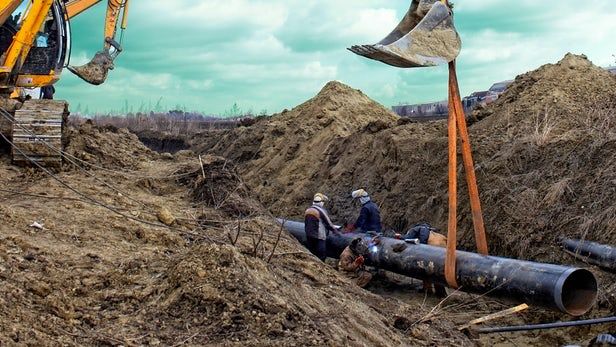 The BADGER Robot Can Bore Compact Tunnels Right Through the Soil

Rahul Kalvapalle — June 28, 2017 — Tech
References: badger-robotics.eu & uc3m.es
Tunnel-boring is an extremely complicated industrial process that can wreak major damage to infrastructure if not done properly, which is precisely why a group of researchers at the Charles III University of Madrid have developed a high-tech robotic solution that makes it possible to install small-diameter tunnels in the soil.

Dubbed BADGER, this tunnel-boring robot is fitted with ultrasound technology that enables it to better destruct the material that has to be bored into. Meanwhile, a live 3D printer attachment makes it possible for the robot to fill in layers of resin onto the walls of the tunnel as it is being constructed, making it possible to craft together a solid pipe even while a tunnel is still being built.