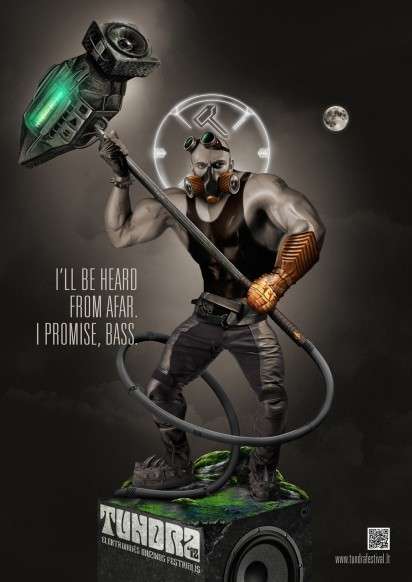 Meghan Young — November 21, 2012 — Marketing
References: mccannworldgroup & ibelieveinadv
Share on Facebook Share on Twitter Share on LinkedIn Share on Pinterest
The Tundra Festival campaign promotes its four large stages, each of which focus on four different styles of electronic music. By personifying these different styles into music gods, the ad campaign takes on a fantastical element that many will appreciate. A multi-armed fairy-like goddess says, "You will rise. I promise, chill out," while a Mad Max-like character exclaims, "It will get serious. I promise, techno."

Conceived and executed by AD McCann Erickson, an ad agency based in Vilnius, Lithuania, the Tundra Festival campaign was art directed by Ernesta Vala with creative direction by Jonas Valatkevicius. Revolving around a serious photoshoot, which was shot by Inga Juodyte, the models where styled by Milda Metlovaite with impressive hair and makeup by Mantas/Ispans and Eden Post.
3.3
Score
Popularity
Activity
Freshness
Access Advisory Services