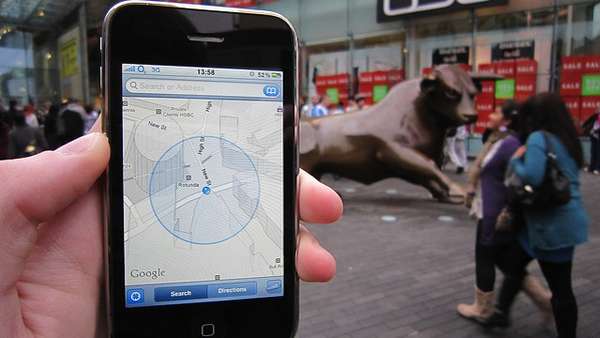 Regardless of whether your cellphone is turned off, TruePosition’s recently released technology can drudge up information about your current location, previous whereabouts and cellphone activity using a cutting-edge technique called "geo-fencing."

The rub of this recently announced tech is that its purveyor, TruePosition, is willingly selling it to governments with repressive records. Brian Varano, the company’s director of marketing, explained that their “position is that what [governments] do with LOCINT is on them.”

As a whole, humans rarely have the ability to stop and question, “Do we really want to live with this technology?” The Japanese, witnessing the radical effects of guns, did their best to quash its importation (with middling success, admittedly). Think about it: Do you want to perpetually be under supervision? And if you don’t, is it too late to reconsider?
2.4
Score
Popularity
Activity
Freshness
Jeremy Gutsche Keynote Speaker

Blindness-Curing Devices
These CATRA Smartphone Eyepieces Help Those With Cataracts