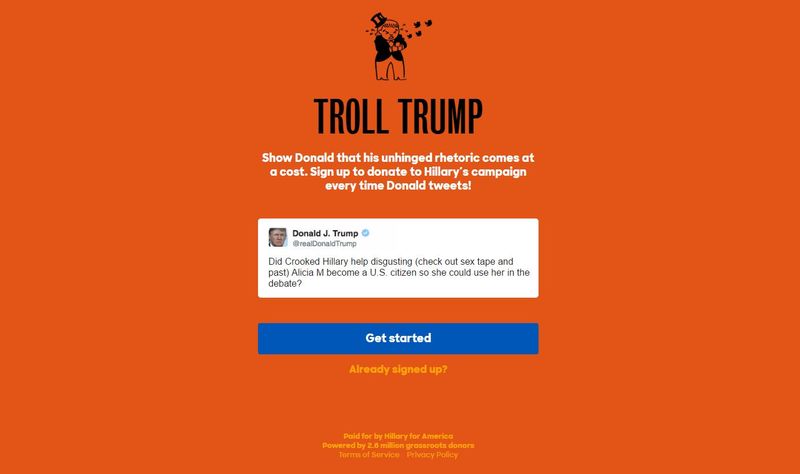 The Troll Trump Bot Donates to Clinton for Every Trump Tweet

The cleverness of the Troll Trump system for the Clinton campaign is twofold. For one, Trump tweets voraciously -- it's one of the ways that he has been able to gather such an ardent following. According to CNET, Trump's official account has tweeted 80 times within the past day, not including retweets. That means a lot of donations for Clinton.

Secondly, it's reasonable to assume that a donation to Hillary is bad for the Trump campaign. Thus, if Trump realize that his tweets directly fund Hillary, he might become inclined to tweet less.
0.6
Score
Popularity
Activity
Freshness
Get Better and Faster