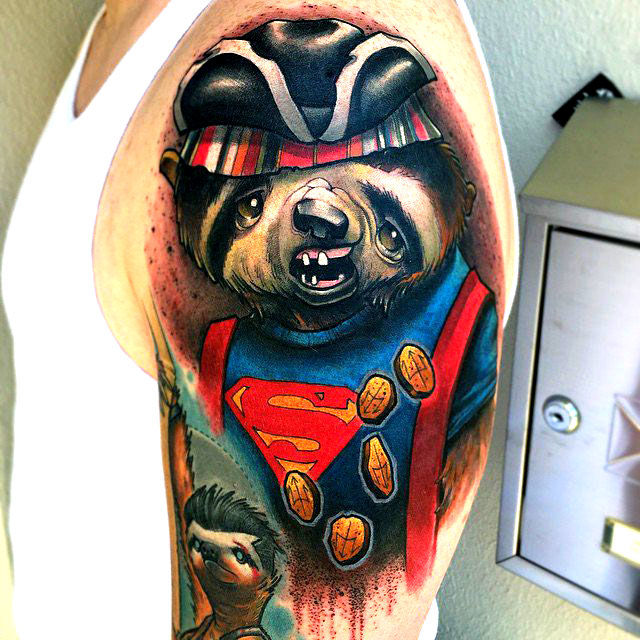 These Tribute Tattoos Are Dedicated to Sloths and 80s Movies

The unconventional tribute tattoos belong to a man who goes by the Reddit user name 'Jareth the Goblin King.' They were inked by Eddie Stacy of Ink & Dagger Tattoo in Roswell, Georgia.

Each one of the hybrid tribute tattoos features a character from a cult 80s movie. But for Jareth, this display of love for 80s film classics wasn't quite enough -- the movie characters also pay homage to his passion for sloths. Each tattoo illustrates a sloth disguised as a movie character. There's sloth Terminator, sloth Freddy Krueger from Friday the 13th, sloth Sloth from The Goonies and the list goes on. The tribute tattoos are a totally original, slightly extreme example of dedicated fan art.
4.2
Score
Popularity
Activity
Freshness
Access Advisory Services