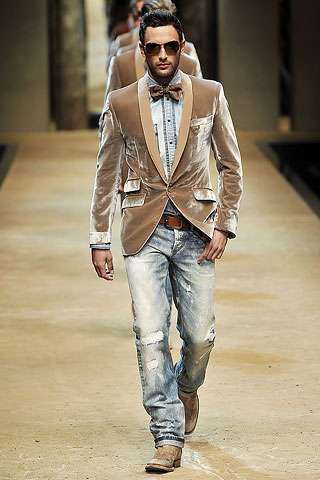 For many years, the suiting piece has been out of style, and only donned by bankers and men in very formal work environments.

On the Spring 2010 runway, models were sporting ties on all kinds of outfits, from classic, to hipster, to retro. Costume National was so adamant about the trend that they affixed the tie to the actual garment!

This trend follows suit (no pun intended) with the modern day formal wear trend that keeps popping up in menswear.