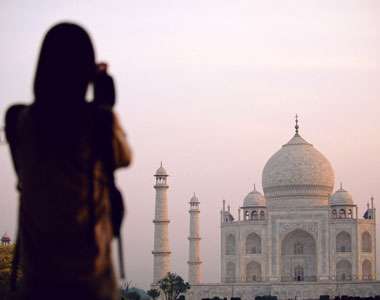 Places to Visit While You Can

"Isn't it ironic that as it gets easier to travel around the world, there are fewer amazing things to see?" the magazine asks.

The tropical forest of Borneo are critically threated, endangering the wildlife which includes orangutans.

Australia's Great Barrier Reef is in distress from the global rise in water temperature and acidity. It is said that the reef could be dead within the next 20 years.

The far north of Canada and Alaska is home to the Arctic Polar Bear. The bears live on snow and ice, which is as we know, is thawing due to global warming. 30 million acres of their territory has also recently been leased by the Bush Administration for oil exploration. The Polar Bears could vanish by 2050.

The Glaciers of Europe are melting, due to global warming at a frightening pace and they say, could be gone by 2030.