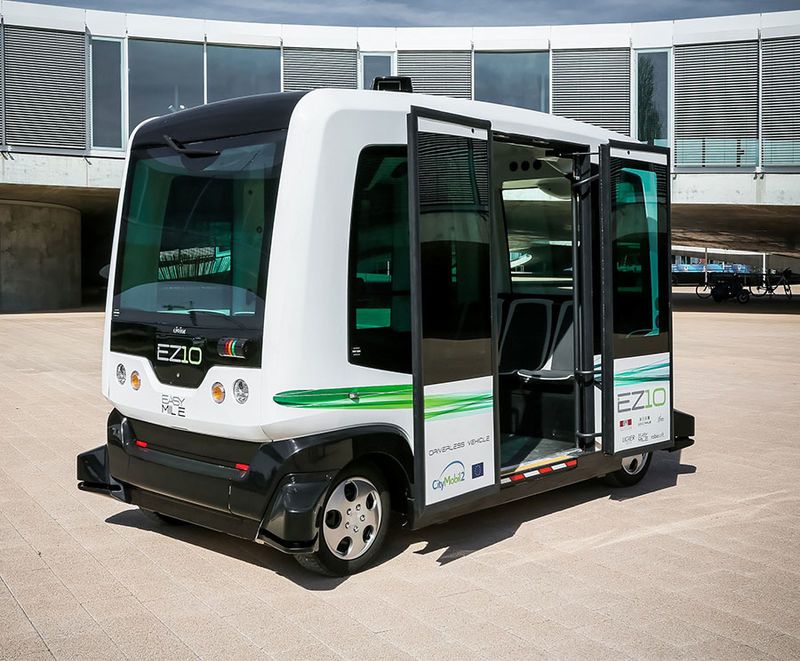 Katherine Pendrill — October 9, 2015 — Autos
References: easymile & psfk
Share on Facebook Share on Twitter Share on LinkedIn Share on Pinterest
'Bishop Ranch' recently announced plans to use autonomous shuttles to transport commuters from one location to another. While the idea of a driverless vehicle is nothing new, many of these concept cars have yet to be tested in the real world environment. This initiative demonstrates one of the ways that driverless vehicles may be used in the near future.

As of 2016, the Bishop Ranch plans to use driverless vehicles to transport commuters. Unlike traditional shuttles, the 'Easymile EZ10' is completely autonomous. Not only does the shuttle lack a driver, but it is also free from controls of any kind. The shuttle operates according to a pre-programmed route that is mapped out in advance. These virtual tracks are ideal for business parks such as the Bishop Ranch because of the lack of competing traffic. However, the autonomous shuttles do feature high-tech sensors that allow them to avoid unexpected hazards.

The smart shuttles ultimately provide a quick and effective way for commuters to move from one location to another within a confined area.
4.2
Score
Popularity
Activity
Freshness
Get Trend Hunter Dashboard