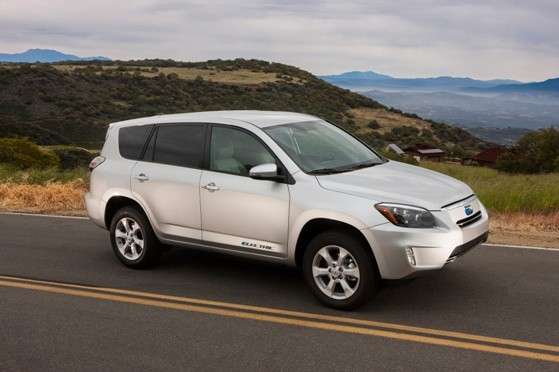 Created as a joint venture between Toyota and Tesla, the vehicle will become the biggest E-powered automobile to cruise around the streets without guzzling down gas. The vehicle is estimated to get approximately 100 miles per charge, which is on par with other electric vehicles available for purchase.

The car is still on the higher end when it comes to its price point, with a starting cost of $$49,800 US, but for the environmentally conscious person who needs extra cargo room it would be money well spent. Designed to mimic to the design of the original RAV4, the SUV does fall a bit short when it comes to utility as it has been designed with front-wheel drive functionality rather than the four-wheel drive capabilities of its predecessor.
1.5
Score
Popularity
Activity
Freshness

Accommodating Auto Ads
Toyota Camry 'It's Ready. Are You?' Campaign Shows How the Car Adapts