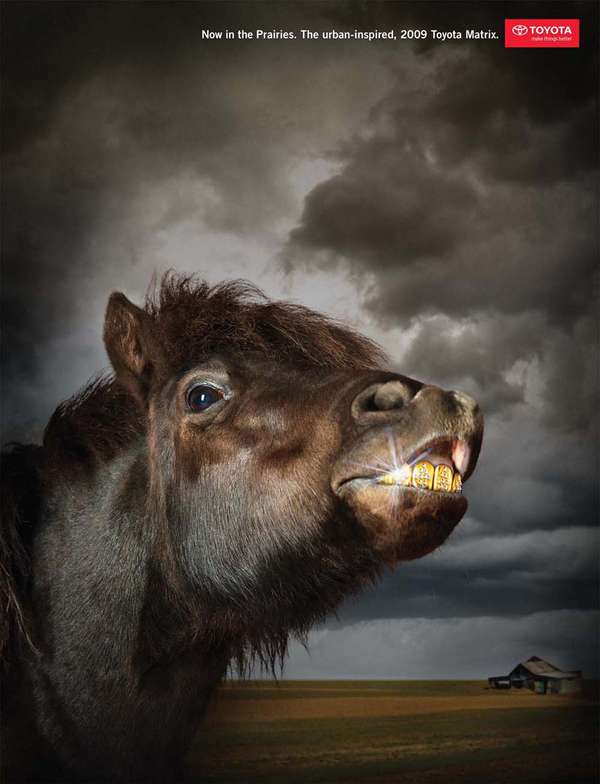 Created by Venture Communications, Toronto, the print ads showcase the arrival of the urban-inspired, 2009 Toyota Matrix to the Prairies. In order to do that, they have some pretty gangster looking animals. In addition to the pony with the pimped out teeth, we have a cow with a band-aid on its cheek, and a sheep with a gangster comb on its head. The cow and sheep play the role very well, with a cold and mean stare into the camera.

I like the art direction which reflects both the urban characteristics of the car and vibe of the Canadian Prairie region.