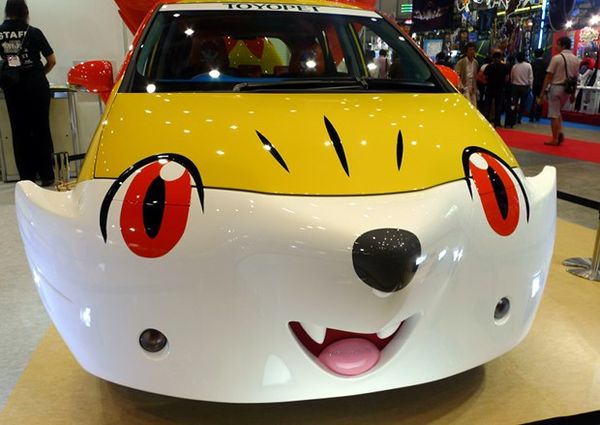 The Pikachu edition Pokémon car first made its debut at the Tokyo Toy Show back in 2012, but this time around, the Pikachu vehicle was accompanied by a new friend in the form of Fennekin. The fox-like monster shares a similar color scheme as Pikachu and also has a great big grin, but its facial features are more fox-like and pointed. Even though the anime series has been around for quite a while now, there's still a huge amount of interest in the franchise.

The Tokyo Toy Show will be open to the public this weekend, with these Toyopet Pokémon automobiles are on display.
5.9
Score
Popularity
Activity
Freshness
Get Trend Hunter Dashboard