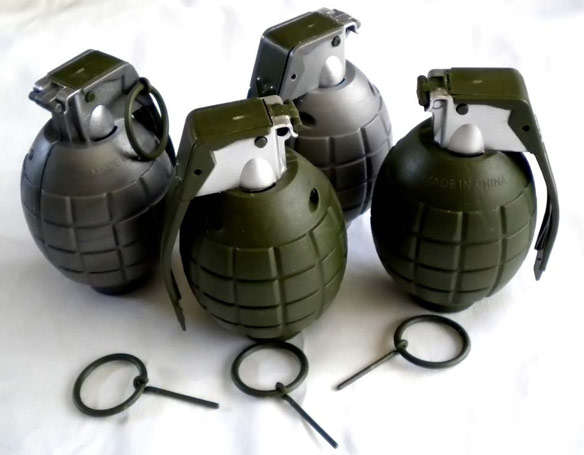 These Toy Grenades Will Definitely Blow You Away

Tana Makmanee — March 17, 2013 — Life-Stages
References: amazon & geekalerts
If you love action movies and all the explosive bomb scenes, then these Toy Grenades are a great way to have your own versions of these deadly weapons without any dangerous repercussions.

These explosive toys are amazingly realistic versions of grenades, featuring all the iconic exterior designs such as a trigger and a padded external appearance. While these toy grenades won't actually blow anything up, they do come equipped with a release pin that mimics the actual feature that sets these explosive bombs off, as well as a 10-second timer that sounds off to give you that tense bomb effect.

While these Toy Grenades are definitely not for those who dislike any type of weaponry, they will certainly appeal to those who want some action-packed toys that seem like they're right from the movies.
4.8
Score
Popularity
Activity
Freshness