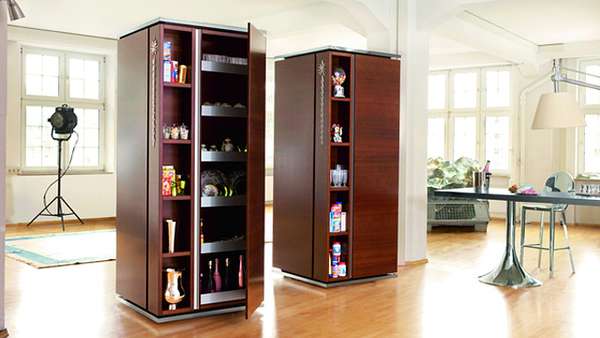 The Tower Kuche Occupies Under Eleven Square Feet of Space

Meghan Young — November 30, 2011 — Art & Design
References: warendorf.eu & gizmodo
Share on Facebook Share on Twitter Share on LinkedIn Share on Pinterest
Urban cities have already become crammed with people and now that the population has reached over 7 billion, places will become smaller and smaller, requiring ingenious designs such as the Tower Kuche to function conveniently and easily. Although space-saving kitchen designs have been conceived and even created before, the Tower Kuche is especially innovative. It is like a skyscraper for the home, holding everything it needs within each tower.

Designed by Philippe Starck for German manufacturer Warendorf, the Tower Kuche takes up just under 11 square feet of space. One is reserved as the hot tower, which holds the oven and microwave while the other is referred to as the cold tower since it houses the fridge and freezer. Working together, the Tower Kuche does it all.
3.4
Score
Popularity
Activity
Freshness
Access Advisory Services

Norwegian-Inspired Kitchens
The Shelved Cooking Cuts Energy Consumption by Half

Waste-Powered Kitchens
Philips Introduces the Cooking Area of the Future