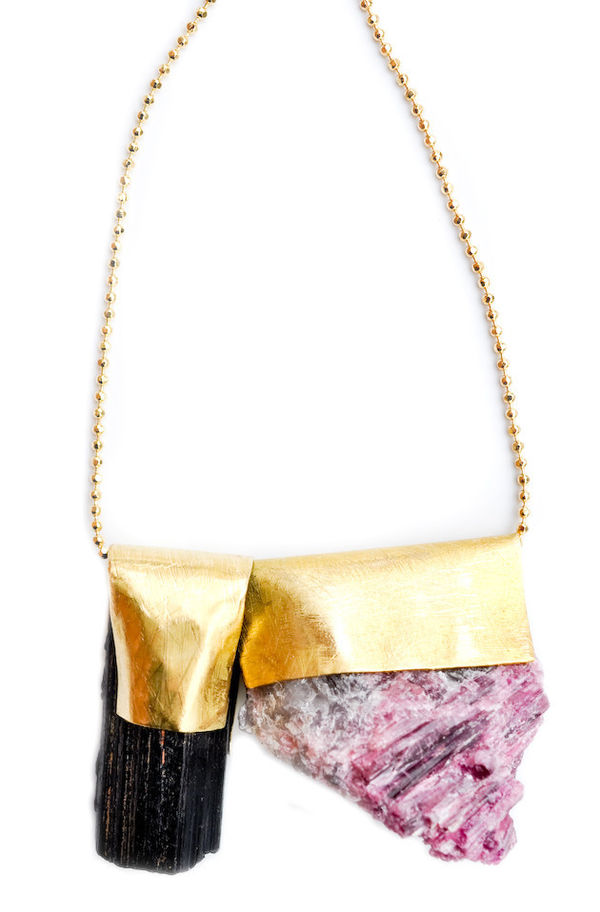 The tourmaline specimens have been secured in brushed brass and suspended on a 20" gold-filled chain. It is worthy noting that this necklace is more than just a pretty piece of jewelry. The Tourmaline Necklace by Nallik has some degree of spiritual significance.

The black tourmaline is rumored to protect against the negative energy of other people, while also helping the physical vitality of its wearer. In contrast, the pink tourmaline is described as having the power attracting inspiration, self-confidence and faith in love. When combined, the power these jewelry piece possesses makes it worth purchasing.