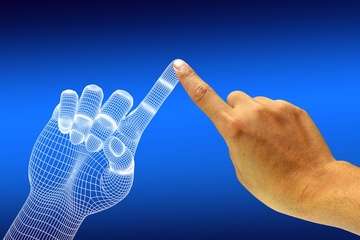 Scientists have invented a way that robots would be able to feel touch, in the same way that humans do. This sensor detects heat, pressure and humidity, which will be able to allow robots to know when they are being touched. Even though it may seem weird that a robot would need these feelings, there is a practical application for this sensor. Humans who have lost limbs and have a prosthetic in their place would be able to utilize this sensor in order to continue feeling touch. These touch replicating sensors are potentially a huge breakthrough for anyone who has lost a body part, and this will enable them to still be able to feel their loved ones.
1.6
Score
Popularity
Activity
Freshness
Get the 2021 Trend Report FREE