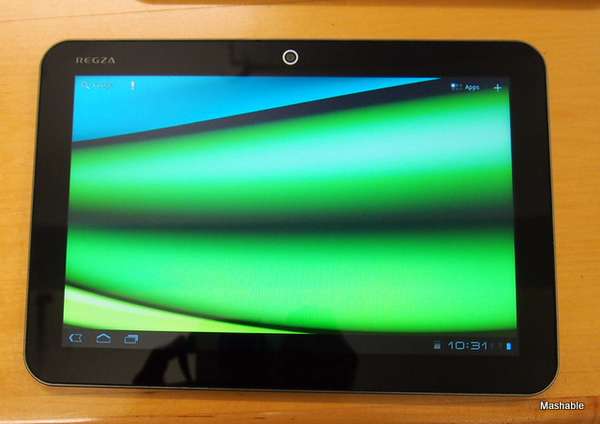 The Toshiba Excite is Finally Debuted at CES 2012

The chic device is clad in a magnesium alloy back, a glass face and a sleek trim. It is lighter than the slim iPad 2 and has rigidity despite its lightweight feel. A tech-lover's dream, the Toshiba Excite features a multitude of ports, inputs and outputs that include USB, micro-SD, MIcro HDMI as well as an audio jack. The tablet's sleek and clean design features concealed buttons, two quality cameras and a functional anti-smudge coated surface.

The dangerously thin device contains 1GB of RAM and runs on the Android operating system. Will it steal the show at CES 2012? Stay tuned and find out.
4.2
Score
Popularity
Activity
Freshness
Access Advisory Services