Movie Theaters of the Future 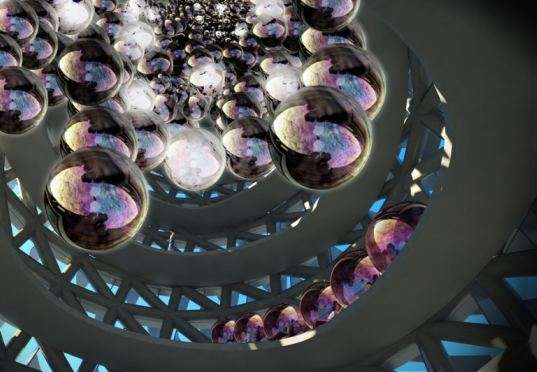 Vision Division designers Ulf Mejergren and Anders Berensson, along with Markus Wagner from Svens Standard, loaded the inside of the Tornado Tower with giant shiny spheres designed to look like luxurious, oversize pearls.

An enormous spiraling staircase in the center of the Tornado Tower was designed to take patrons to the Grand Theater, the hub of the operas and other performances the designers dreamed would one day take place there, and for those not in favor of taking the stairs, the Grand Theater was also made accessible via elevator or a VIP train made of giant acrylic pearls.

While the Tornado Tower didn't win the Taipei Performing Arts Center contest, anyone who has seen its design is unlikely to forget it.
1.9
Score
Popularity
Activity
Freshness
Get Trend Hunter Dashboard