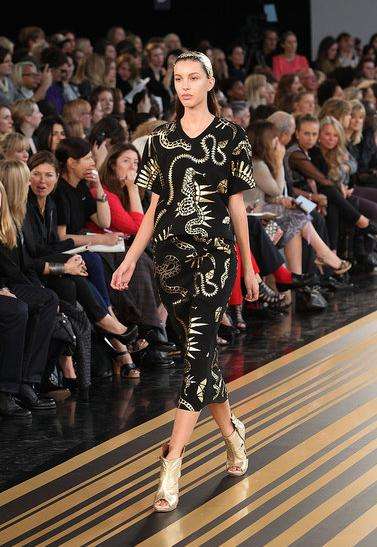 Showcasing a mix of ancient Egypt-inspired looks -- we're talking everything from eye-catching hieroglyphic prints to gold, armor-like embellishments -- the line was a kitschy fusion of ancient inspiration with a modern and urban twist. As Topshop's show notes stated, the line was created to "[urbanise] the attire of the pharaohs by fusing ancient and modern together."

However, perhaps the designers behind the Topshop Unique Spring 2012 collection tried too hard, for, according to the Telegraph, the Egyptian references were paraded down the runway "to the point where it felt like it was being rammed down your throat."