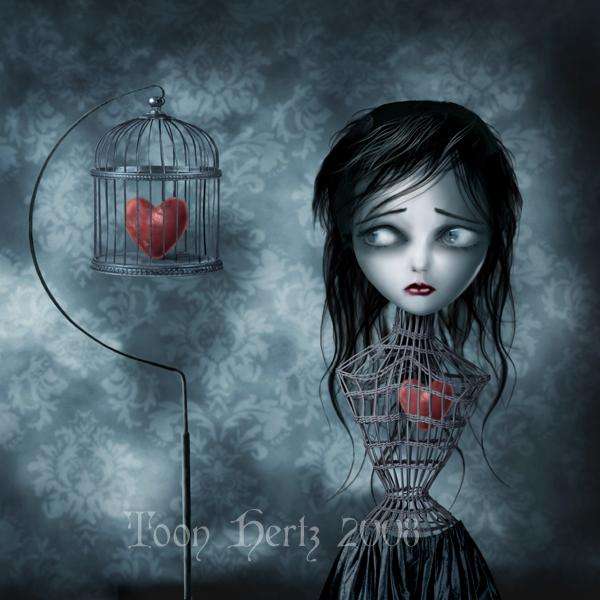 Jason Soy — August 9, 2012 — Art & Design
References: thz.deviantart & cuded
Share on Facebook Share on Twitter Share on LinkedIn Share on Pinterest
Something tells me deviantART user Toon Hertz would get along famously with Tim Burton. After all, the two share a special affinity for cute gothic cartoons where characters sport bizarre jet-black hairdos and have skin as pale as the moon. Still, Hertz’s work is immensely fun to look at, especially because of the narrative elements found within his pieces. Sure, it can be morbid at times, with females literally cutting their hearts out from their chests with pairs of scissors, but it’s artwork that adolescents going through moody phases can easily relate to.

What’s also notable about Toon Hertz’s illustrations is the way he balances dark elements with adorable aesthetics. His characters are usually bobblehead-like figures with doe eyes and miniaturized bodies, inciting “awws” from viewers as they simultaneously hold back their visceral reactions of disgust.