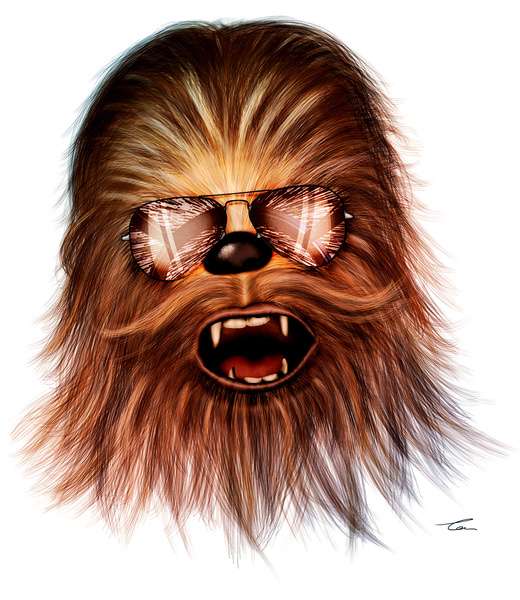 Jason Soy — August 14, 2012 — Pop Culture
References: society6 & blog.thaeger
Share on Facebook Share on Twitter Share on LinkedIn Share on Pinterest
No matter what galaxy you’re in, Aviator sunglasses are damn cool, and artist Tom Brodie-Browne demonstrates that fact by depicting classic Star Wars characters with some kickass shades. He has digitally rendered Chewbacca, Darth Vader and Princess Leia with the popular accessory for a series of humorous portraits, and as you can imagine, the results are friggin’ awesome.

What also makes Tom Brodie-Browne’s series stand out from his peers’ fan artwork is that he’s rendered the three George Lucas creations in prismatic colors, giving each illustration a neon glow effect. Viewers will also notice scenes reflected in the glasses that feature characters like R2-D2 and C-3PO. And for those with a keen eye, Brodie-Browne curled Chewbacca’s whiskers into a hipster mustache, no doubt to induce laughs.

Fans of these works may purchase prints from Brodie-Browne’s Society6 page.