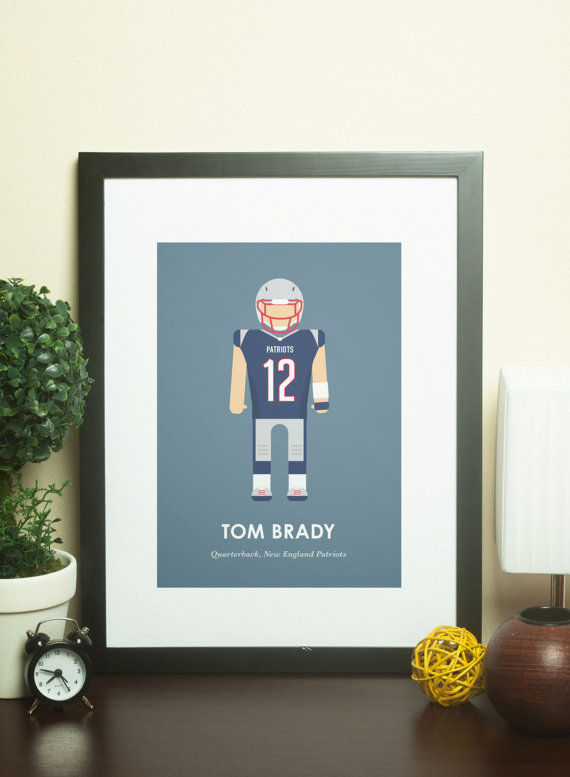 With Talks of a Tom Brady Trade, This Poster Might Soon Be Outdated

Alyson Wyers — October 6, 2014 — Pop Culture
References: etsy
After news surfaced that footballer Tom Brady is unhappy with his longtime team the New England Patriots, rumors of a potential Tom Brady trade are rampant. The NFL Quarterback has been with the Pats since 2000. In that time he has had 13 starting seasons, five of which made it to the Super Bowl finals and another three of those won the Super Bowl. Having won multiple awards throughout his athletic career, a Tom Brady trade will definitely shake up the NFL.

This poster was created by Etsy user DesignsbyEJB. The minimalist print shows Brady in his New England Patriots uniform with #12 blazoned on it. If you are a big fan of the famous football player, why not show your devotion with this picture?
0.4
Score
Popularity
Activity
Freshness

Championship Rivalry Infographics
Super bowl XLVI: a Legendary Rematch is a Guide by the Numbers
play_circle_filled