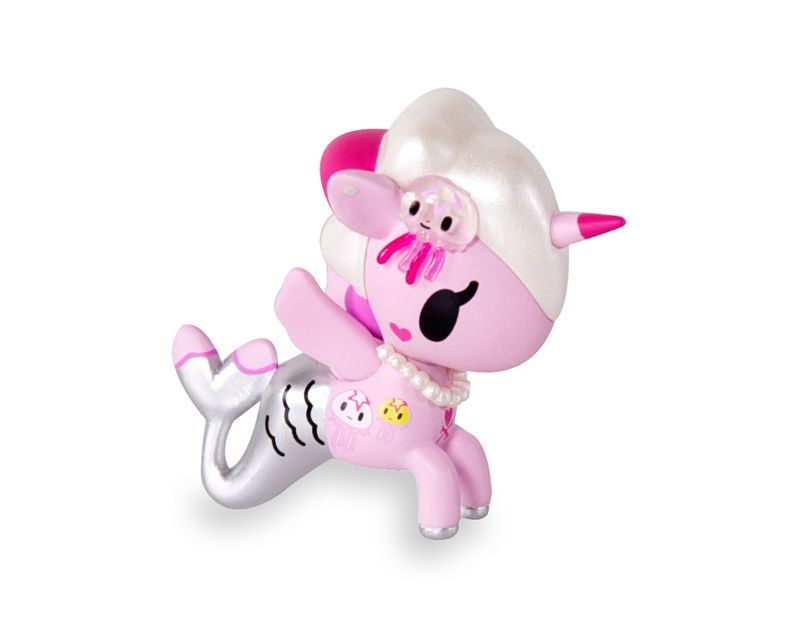 John Charles — July 27, 2016 — Life-Stages
References: shop.tokidoki.it & cluttermagazine
Share on Facebook Share on Twitter Share on LinkedIn Share on Pinterest
Blind boxes are big in the world of collecting. The concept is simple: you buy a small box with an item wrapped in a translucent mylar, so that you know the item is part of a collection, but not exactly what the specific item is. It's like putting a quarter in a gumball machine, you know you will get a gumball, but you don't know what color you will get. Unlike gumballs, collectible blind box toys are in the $8 to $20 range. It's unfair to call them "toys" because although they are art toys, the limited-run collectibles made to the highest of standards that transcend the genre.

Tokidoki first introduced us to Unicornio, a collection of unicorns that make the pretty ponies of yesteryear look like tchotchkes from a dollar store bin. Tokidoki explains: "One special night, a group of Unicornos were flying in the direction of falling stars... They rode the tail of a shooting star into the magical sea, turning them into enchanting creatures of half Unicorno and half fish." Thus began the legend of the Mermicornos, rumored to only resurface during a lunar eclipse. The creation sounds crazy, but it is also genius. It's like some all-knowing beings decided to make a perfect toy and decided to combine ponies, unicorns, mermaids and rainbows -- they challenge you not to love them.

Available at fine retailers and collectible stores as well as some art galleries, Mermicorno are the hot blind box item for both boys and girls of all ages.
7
Score
Popularity
Activity
Freshness
Jeremy Gutsche Keynote Speaker